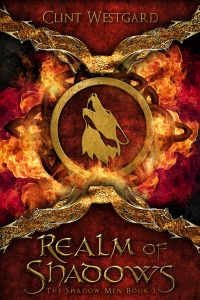 Discontent festers within the realms of Craitol and Renuih, fed by battles and intrigues carried out in the shadows. As rivals and apostates struggle for power, a new and more powerful menace looms on the horizon. For, in this world of shadows, it is the Shadow Men who stand apart, threatening the existence of both realms and exposing long simmering conflicts to the light of day. And now they have gained the secrets of the Council Adept’s alkemya.

Caught in the middle of this growing hostility is Masiph id Ezern, unfavored son of the Imperial Vazeir. As he tries to forge a path for himself within the empire, he finds himself drawn into a conspiracy against the emperor and his father. With the rains coming to the desert, the choices he makes will have consequences that reverberate across all the realms.

The first part of The Shadows’ Dance. The second volume, The Passing of Days, will be available in 2014.

A novel by Clint Westgard
Available at Amazon,  Kobo and Smashwords